Do you ever have where you either write a word or go to write one and realize that either you can’t remember how to spell it or you seem to be constantly misspelling it? It happens all the time to me but lately its not so much the forgetting how to spell something – although that does happen – but its the misspelling simple words.

Fiction is a word that for some reason I have been spelling as ‘fictoin’ a lot lately. I don’t know if my fingers are going to fast and that’s why but it has become a regular occurrence. The other one is really a creation of my own fault. I love using the play on words, so I often on purpose will put ‘write’ instead of ‘right’. For example – ‘The Write Catch’, ‘The Write Way’… etc. The problem with this is that I now find when I’m writing an article or in one of my novels, I use ‘write’ for ‘right’. Usually I catch myself write 🙂 away. But sometimes it’s not until I go through the information later that I find what I’ve done. It’s a bit frustrating.

I don’t know if it’s just because I am more focused or its an issue. I know that I’ve really become aware a lot more of the differences in spelling from Canadian, United States and Britain – same words but different spelling. A topic I’ll discuss another day. It does however add that other layer of confusion as to how words are meant to be spelled. For example, when I was writing this, I wrote mispelled with one ‘s’, wrong it says it needs two s’s – misspelled. I don’t know that I use that word a lot but I think I’ve been misspelling it for a long time.

What words get you? 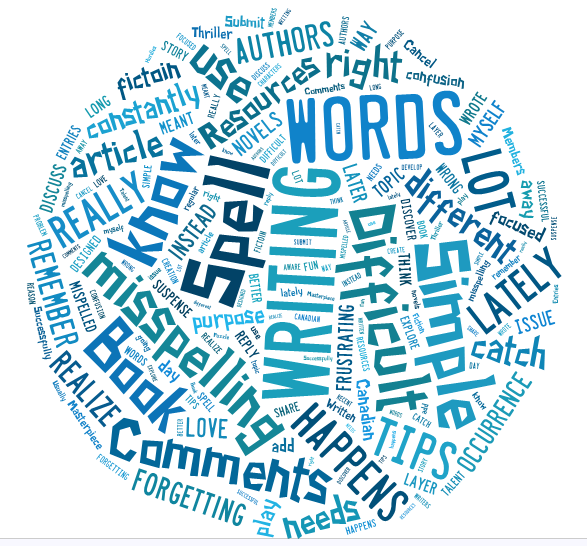