Opposites Do Attract, Especially When Writing Your Fiction Book Blurb 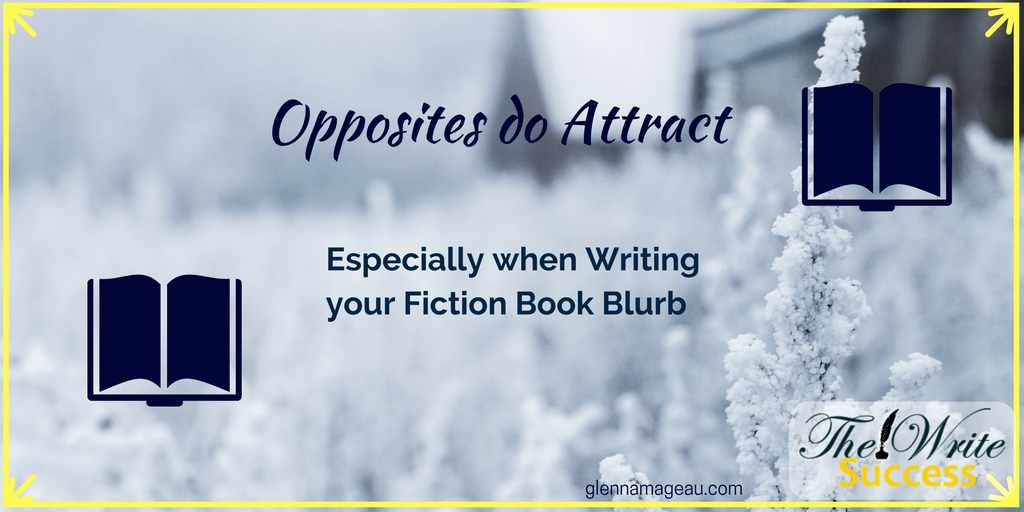 Opposites do attract, especially when writing your fiction book blurb

It’s always a process of deciding what to include in your fiction book blurb and what not to. If you’ve followed my suggestion, you will have started writing or at least keeping notes as you write your novel. These notes will save you hours and maybe even days or weeks of stress. Just think you’ve finished writing your novel and now have all the notes you need to write a compelling fiction book blurb. 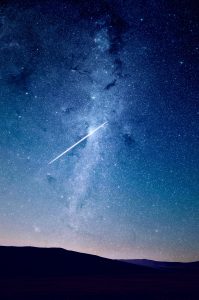 What do you do with all that information?

There is still a fair bit of information to go through but the real issue is how to put it together so that is appealing to the reader.

This is where the opposites really works. You have your protagonist in one situation but they want to be in another. Where are they at and what are they reaching for.

Your protagonist is a waitress working in a diner at $10/hour in small town, middle of nowhere. But she wants to be a singer in Nashville. There are no bars, clubs or other places for her to perform, so how is she going to get there.

It grabs your attention because you have this woman who is making little money, working hard, in a small, unknown place (not so much of an issue now adays with the internet but still can be a problem) but she has big dreams. How is she going to make it happen? So use the opposites of where someone is to where they want to be. What are the obstacles in his/her way of getting there.

Or you have this man married to one woman but in love with another. His wife though is in a wheelchair because of his negligence, so it’s not like he can leave her.

Already this grabs your attention. There is conflict but it is the opposites of what is happening in his life that intrigues the reader to want to know what he’s going to do. He’s married to one woman, in love with another and then has the guilt of being responsible for his wife being physically disabled. It really peaks your curiosity, doesn’t it? What is he going to do?

So take the information you have about your main character:

This is from my latest novel, Split Seconds:

Tijan – grew up on a ranch and helps run it, she goes to the big city of Toronto (which she’s never been to) to find a twin sister she thought had died when they were little, she’s single, loves wide open spaces, horseback riding, is a hard worker, has a great relationship with her mom and step dad, meets a man who is her father whom she thought was dead, he is the coldest man she has ever met and he doesn’t seem to know she exists, she always believed that a father was a warm, kind man.

and write your opposites

Tijan, a country girl searching in the big city for a twin sister, she thought had died when they were little, finds herself abducted… by her father. A cold, heartless man, who was nothing like what Tijan thought a father should be. And he doesn’t seem to know she exists. He thinks he has her twin sister, the one she never got to grow up with.

There are a few opposites here – a country girl in the city, searching for a twin she thought had died, meeting her father who she also thought had died, discovering he is nothing like she thinks a father should be, the fact that he doesn’t know she exists.

It is true, opposites do attract.