He said, She said – Drop the Dialogue Tag 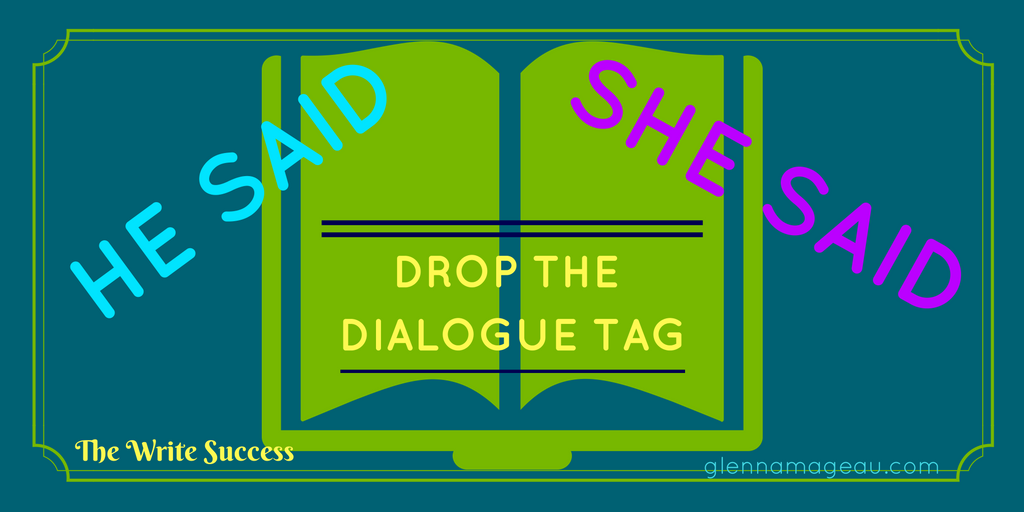 Having a conversation with someone, is a great way to get information isn’t it? You can learn a lot by what the person says to you and by how they say it. It’s really quite fascinating and powerful when you stop to think about it.

When you’re writing, conversations are just as important and revealing. Within your story, a chat between your characters can be informative and powerful for the reader. In fact, it is a great way to share a lot of information about the people in the story, where the story is going, what has brought about the current situation, relationships, the back story, and so much more.

When writing dialogue, one thing that used to be taught, and was really popular, was to ensure to put dialogue tags – said, whispered, yelled, asked… etc. – so that the reader would know who was talking. This is often what it looked like.

“I’d rather not,” she replied.

“Why do we always have to do things your way?” he yelled.

“Because I don’t like doing what you do,” she said snarkily, while flipping her hair over her shoulder.

The dialogue tags get old pretty fast, don’t they? This is how stories used to be written but thankfully, there has been a big change. I know that in my writing I rarely use a dialogue tag. anymore – said, whispered, yelled, etc. I like the challenge of not using them and with finding something that will add to the story without being too much or take away from the story.

A much more powerful way to add to a conversation and to the story is to use action and/or character quirks or you could even use a type of speech, to indicate who is speaking. And sometimes not to put anything at all.

He waved his arm at her in a come-on fashion. “Let’s go to the store.”

He shoved his face within an inch of hers. “Why do we always have to do things your way?”

She flipped her hair back over her shoulder as she turned away. “Because I don’t like doing what you want to.”

In this second example, you get to learn so much more about each character and don’t get lost with the he said, she said. Also you learn a lot about their relationship. He’s comfortable with getting into her personal space and she’s comfortable with walking away from him. It not only gives us more about each of the characters, it’s a whole lot more interesting to read isn’t it? And you’re still clear on who said what, without having those tags included. Try it, I’d love to hear what you discover.

Don’t get me wrong there is nothing wrong with using dialogue tags but use them sparingly.

In fact, find a page of dialogue that you have written and see what you could put instead of she whispered, he snapped, she pleaded, etc. If removing them improves the flow of the story and doesn’t take away from it, then you’re probably okay with getting rid of them. When writing dialogue, make sure it’s clear, for the reader, as to who is speaking. Using things like – action, character quirks, the use of certain words, how they speak, the use of slang, etc. – can easily identify which person is talking. It’s also a great way to keep the reader’s interest.

How do you use dialogue tags in your writing? 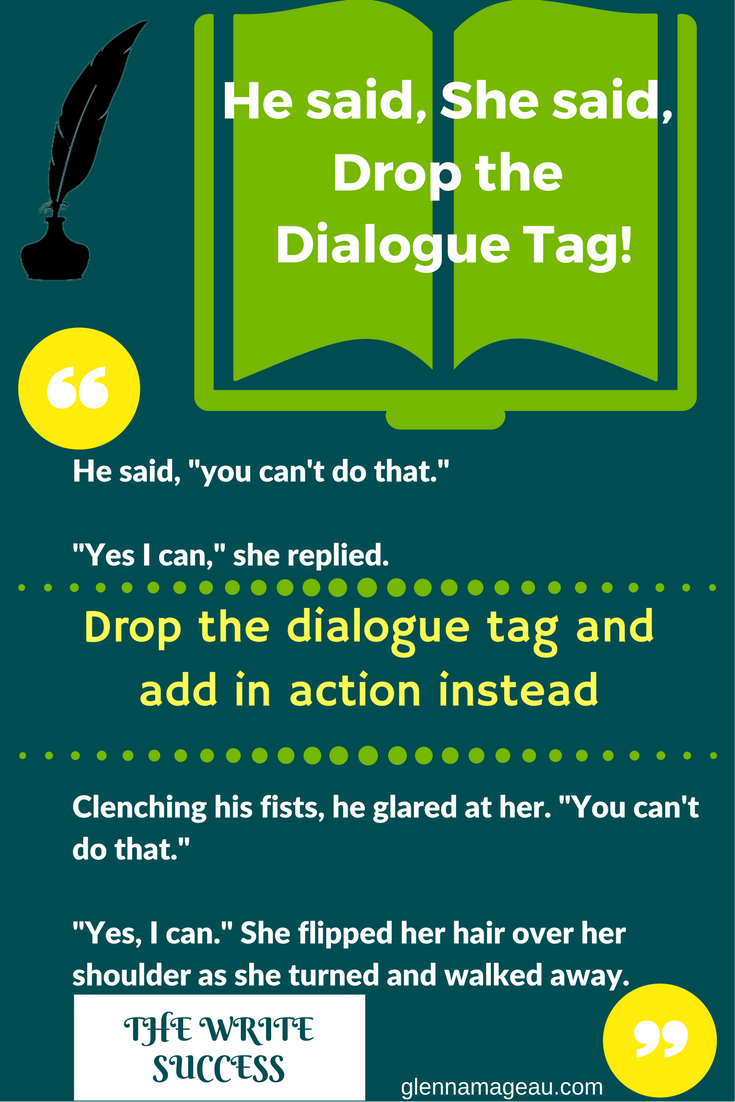